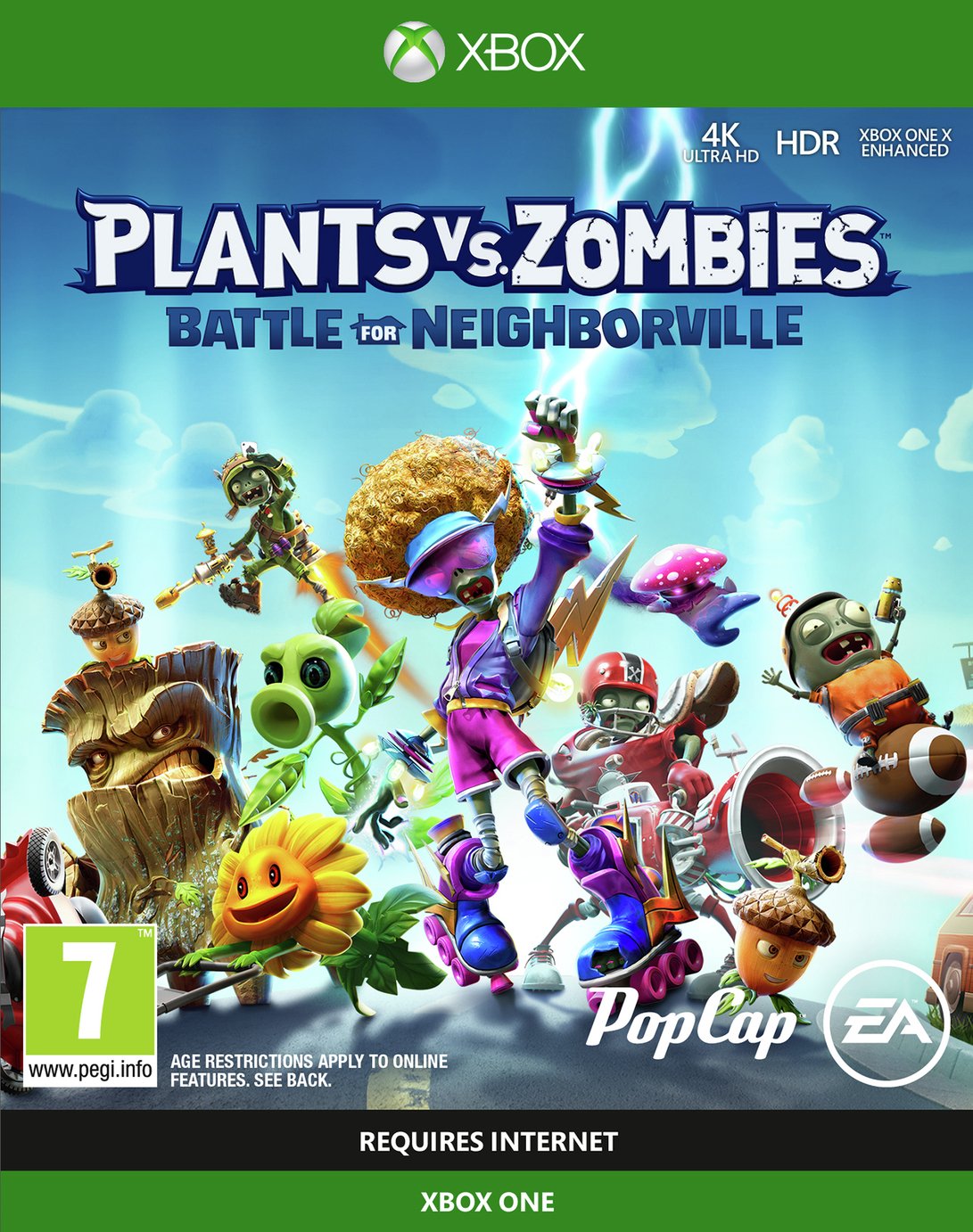 Plants Vs Zombies: Battle for Neighbourville Xbox One Game

Currys Price: £16.97
View on Argos.co.uk View on Currys.co.uk Buy from Currys.co.uk Notify me of price change

Kick some grass in Plant vs. Zombies Battle for Neighborville, the wackiest shooter yet! Unearth 20 fully customisable character classes at launch in one social region, three free-roam regions, one PvE mode, six PvP modes, including Battle Arena, and more!

Welcome to Neighborville, where all is well. Except that a crazy new coniferous conflict between brain-less and botanicals is brewing! What are you going to do – call the crops? Soil your plants? Prepare to kick some grass in a plant-on-zombie conflict that will take you to the outer edges of Neighborville and back again. Join the newest bloom in the age-old battle between plants and zombies with 20 fully customizable classes at launch, including a Team Play class for each faction.

Bring the unique abilities of each character class to six PvP modes, including the new Battle Arena, and experience the unbelievable thrills of combat. The tension across the terra has expanded with three free-roam regions and one PvE mode that extend beyond the town of Neighborville. Squad up with up to three friends in the Giddy Park social region and take back Weirding Woods, Mount Steep, and Neighborville Town Centre. It's grow time.

Join forces with other players to experience split-screen couch co-op* in every mode. Connect with up to three players and battle through flourishing free-roam regions or jump into the fray with up to 24 players in online multiplayer across a gigantic suburban skirmish.