Note: This product was last updated on 6 January 2020 and is no longer tracked. It was replaced by BrainBox Animals Quiz Game. 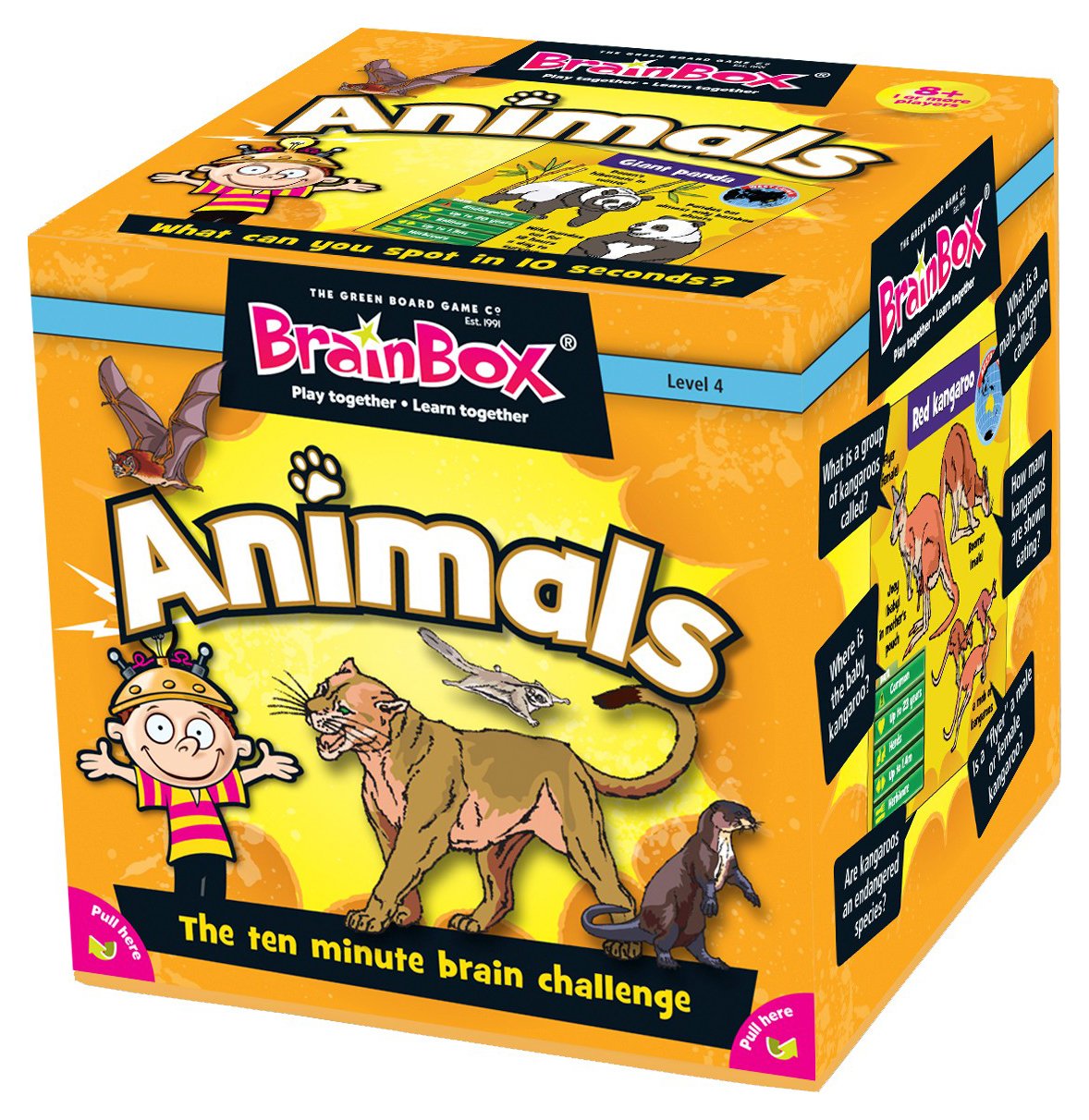 Did you know that a male kangaroo is called a boomer; Or that the okapi is only found in Africa and can lick its own ears; In BrainBox Animals 70 beautifully-illustrated cards show interesting facts about animals from around the world, including where they live, what they eat, whether they are endangered, how large they grow and how long they live. A simple concept. Can be played by all ages and in large groups as well as a 1 person game. The object of the game is to study a card for 10 seconds and then answer a question based on the roll of a die. If the question is answered correctly, the card is kept and the person with the most number of cards after 5 or 10 minutes is the winner. 1 or more players. For ages 8 years and over. WARNING(S): Not suitable for children under 3 years old. Only for domestic use.