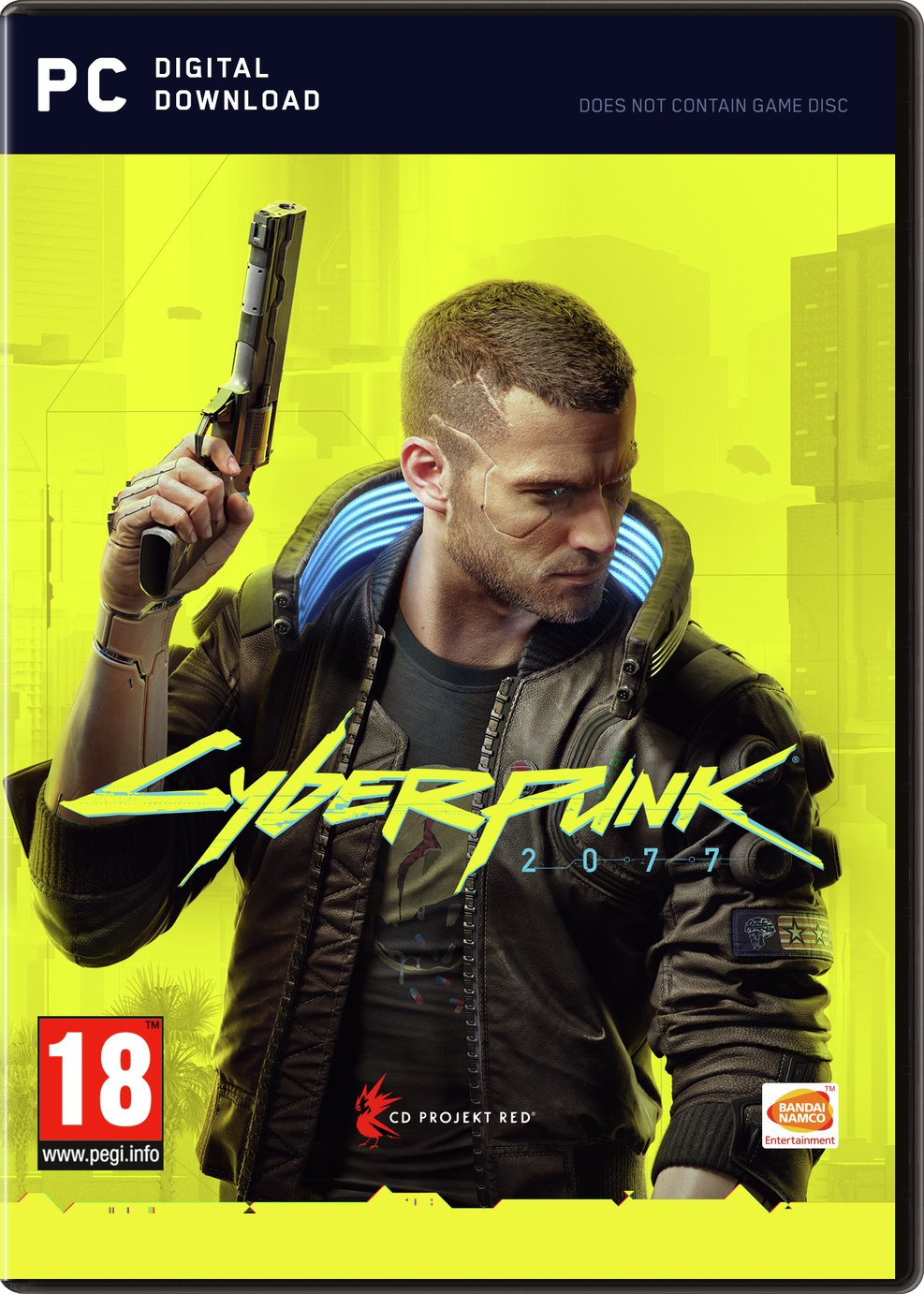 Cyberpunk 2077 is an open-world, action-adventure story set in Night City, a megalopolis obsessed with power, glamour and body modification. Release date: 16 April 2020. This item is FREE delivery. Suitable for the PC. This game is classified as certificate 18. It contains content unsuitable for persons under 18 years old. It is illegal to supply it to anyone under that age. DO NOT attempt to purchase the item if you are under 18. You play as V, a mercenary outlaw going after a one-of-a-kind implant that is the key to immortality. You can customize your character's cyberware, skillset and playstyle, and explore a vast city where the choices you make shape the story and the world around you. Become a cyberpunk, an urban mercenary equipped with cybernetic enhancements and build your legend on the streets of Night City. Enter the massive open world of Night City, a place that sets new standards in terms of visuals, complexity and depth. Take the riskiest job of your life and go after a prototype implant that is the key to immortality. The game comes with the following physical items: case with game discs; World Compendium detailing the game's setting and lore; postcards from Night City; map of Night City, & stickers. Digital goodies included: game soundtrack; art booklet featuring a selection of art from the game; Cyberpunk 2020 sourcebook; & wallpapers for desktop and mobile. This product contains a code to redeem on GoG to activate & download the game, and does not contain any discs. For ages 18 years and over.