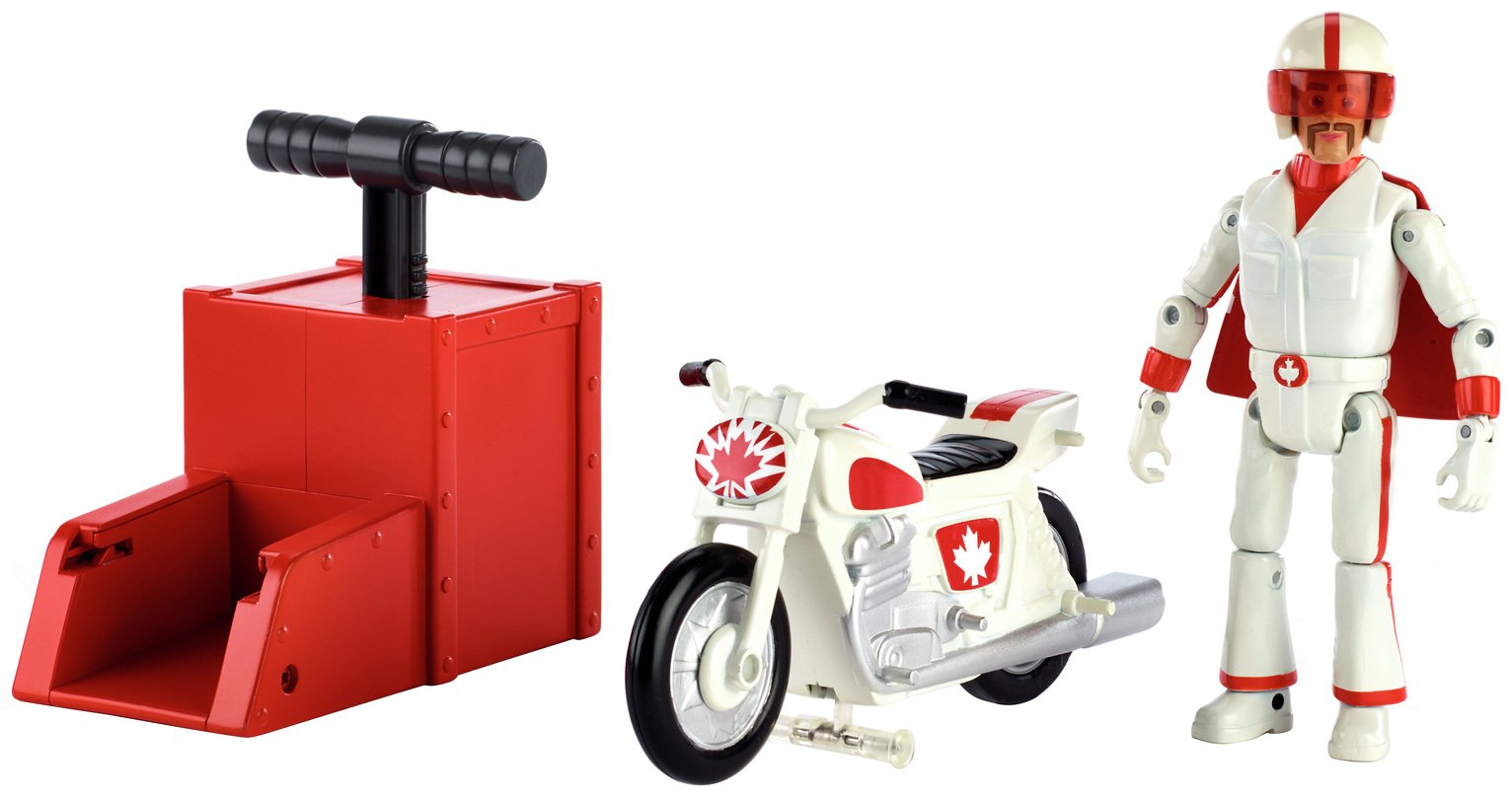 Recreate new Disney Pixar Toy Story 4 stunt action with Duke Caboom and his motorcycle. Seat him on the bike and use the launcher to send him racing off up to 15 feet. He can perform several stunts including a wheelie! The Canadian racer wears his pro performance suit, comes in movie-inspired relative scale and is highly posable for story play off and on the bike. Duke Caboom wears his stunt suit and is highly posable. Included launcher sends Duke and his bike on a zooming ride up to 15 feet! Duke performs multiple stunts including a wheelie! Motor-cross bike and figure can be played with separately for expanded Toy Story 4 fun. Size H13cm. For ages 3 years and over.

To be used under the direct supervision of an adult.